The northern end of Birch Lake joined by the South Kawishiwi River is where you want to be…right at River Point…fishing resorts Minnesota.

No list of fishing resorts Minnesota is complete without River Point Resort® recognized as one of the top notch MN fishing resorts. Fishing in northern Minnesota historically is best in late May and June. Many 20-24″ walleyes, plus three walleyes weighing in at 29-30 1/2″, were caught and released this past spring. Many smallies in the 19-20″ range and with a significant number of 24-29″ northern pike the result was superb early season fishing. Fishing trips in Minnesota typically are from mid-May through September.

Can you believe that Birch Lake and River Point Resort were featured in Outdoor News?

Turns out our fishing on Birch Lake is pretty newsworthy? Here’s some of what Outdoor News has to say: “Birch is full of walleyes that have continued to build in numbers through natural reproductions. the lake hasn’t been stocked with walleyes since 2002, but it doesn’t need to be, according to Jef Eibler, DNR assistant fisheries supervisor in Tower. Eibler says the most recent assessment of Birch lake, conducted in 2015, produced more than 13 walleyes per net, which was up from the previous survey in 2012. The lake has a reputation for producing eating-size walleyes, as well as trophy-caliber fish.”

Steve Koschak, owner of MN fishing resort, River Point Resort, grew up in these parts and has owned his resort on the north end of Birch for 42 years. To say he knows this lake well, and appreciates its beauty and fish-producing potential, would be an understatement. “About 90 percent of the shoreline is undeveloped-the east side resembles the Boundary Waters and the west side is more rugged with tons of islands,” he said. “you can fish anywhere on Birch. It’s just a fabulous lake.”

Northern Pike: “There has been a 24-36-inch protected slot for northern pike in place since 2003 on Birch Lake. Both Koschak and Eibler noted that this regulation has really increased the number of big pike in the system. Prior to the regulation, only 29 percent of the pike sampled were over 24 inches. That jumped to 52 percent in the 2015 survey, and 34 percent of them were over 36 inches, compared with just 9 percent prior to the protected slot.

“People were OK releasing those fish because they saw the quality going up, ” Koschak said. “We still have good numbers of pike to eat, but now we see fish in the 20-pound class every year.”

Crappies and Small-Mouth Bass: “You’ll find pan fish and small-mouth bass in Birch Lake as well. Crappies are bigger and more numerous than bluegills, while small-mouth bass numbers are exploding throughout it.” Koschak said, “With all the small-mouth people are catching, there are a lot of positives happening here.”

And, that pretty sums up why River Point Resort is your best choice for fishing resorts Minnesota.

Think the long, lazy days of July and early August for good Minnesota fishing action on Birch Lake and the South Kawishiwi River. You may have to work a bit harder during these warmer water weeks…but the tantalizing, fresh taste of “Up North” fish are worth the extra effort. A wilderness fish fry on the lake with convenient fire grates along the shoreline is inviting as the warmer weather offers the option to do some swimming and exploring, too. Northern pike and smallmouth bass like the warmer temps and offer a feisty “fight” which makes for excellent fish stories.

Birch Lake is naturally a “root beer” color with clarity of about 4-5 feet. Walleye pike with their light sensitive eyes like this kind of water as they “feel” more protected and feed more vigorously than if they were in clear waters  of other area lakes where the high sunlight of July and early August can pierce through the waters and cause them to lay close to the bottom and feed less vigorously.

Think mid-late August and September for the beauty of the autumn colors, and cooler evenings.

River Point Resort is one of the leading Minnesota Fishing Resorts with pristine, fish-abundant waters for MN family fishing vacations and group fishing trips. An Ely, Minnesota fishing trip is why many come Up North. Expect to fish for many species, including walleye pike, northern pike, small-mouth bass, crappie and bluegills.

CHECK OUT OUR LATEST YOU TUBE VIDEO!

Birch Lake is the largest Ely lake outside of the protected Boundary Waters lakes. River Point Resort® has a unique location on the northern, most private end of Birch where the South Kawishiwi River (BWCA entry #32) joins it, providing access to the river and the lake. In addition, paddling into the Boundary Waters Canoe Area for day fishing is a great option.  No need to seek out a chain of lakes for a Minnesota fishing vacation, since you’ll experience a wilderness lake boasting 20 miles, with another 4 miles on the South Kawishiwi River totally some 6,000 acres, making River Point, one of the best fishing resorts Minnesota.

With 90% of the shoreline being undeveloped, you’ll have plenty of bays, coves, islands and rocky points to providing a lifetime of angling memories at this fishing resorts Minnesota location. Wilderness seclusion and lack of shoreline development like this is usually non-existent. Long and narrow, Birch is a serpentine river-lake, allowing one to view the other shoreline for navigation confidence. No need to head for shore if it becomes windy, just boat into a cove and keep on fishing.

“Look at northern Minnesota, and you’ll find Birch Lake. It’s not small-5,628 acres-but it has a bunch of 1- to 2- pounds, roughly three times the state average, according to DNR tests. Maximum depth is about 25 feet. A lesser-known honey hole that is brimming with walleyes just waiting to be caught someday.” Birch produces trophy walleye averaging 9.27 pounds, according to on the latest DNR data reports.

Birch Lake continues to post high numbers of golden walleyes. Birch has produced good sized “eating fish” consistently. Anglers should find good numbers of walleyes in the 13 to 20 inch range. They will likely catch smaller walleyes from year classes not yet assessed. Anglers should also have the opportunity to catch walleyes from the other year classes. Some of those should be some pretty decent sized fish, reports the DNR. Walleyes are prevalent in all class sizes with the 1 to 2 pound range being very abundant.

So, whether it is potential trophy walleye fishing you’re after or a wonderful mess of fish for tasty eating, Birch and the South Kawishiwi River, and River Point is your number one choice for fishing resorts Minnesota, and specifically for Ely, MN fishing resorts.

Check out Resort & Birch Lake Maps for more details on this amazing body of water.

Birch Lake also has a significant population of BIG northern pike. Prime fishing time for these “big ones” is mid-May to late June, mid August through September, although they can be caught at anytime throughout the season. Northern’s weighing in and up to 20+ pounds are caught each season.

Birch is also known as an abundant producer of pound slab crappies-some exceed two pounds, plus an ever-increasing population of the feisty small-mouth bass. Tasty bluegill and large-mouth bass round out the species of fish to be caught and eaten, or “catch and release” on your Minnesota fishing vacation. With neither commercial fishing or netting allowed, undeveloped shoreline, and low fishing pressure make Birch Lake and the South Kawishiwi River your number one choice for good fishing and River Point your best fishing resorts MN due to its location on the northern, most private end of Birch.

Why Choose Fishing in Ely?

"River Point is very special to me after all the years and now I can share it with someone I love very much and has also discovered the same passion for River Point and Ely as me. It is so hard to leave and then wait an ... 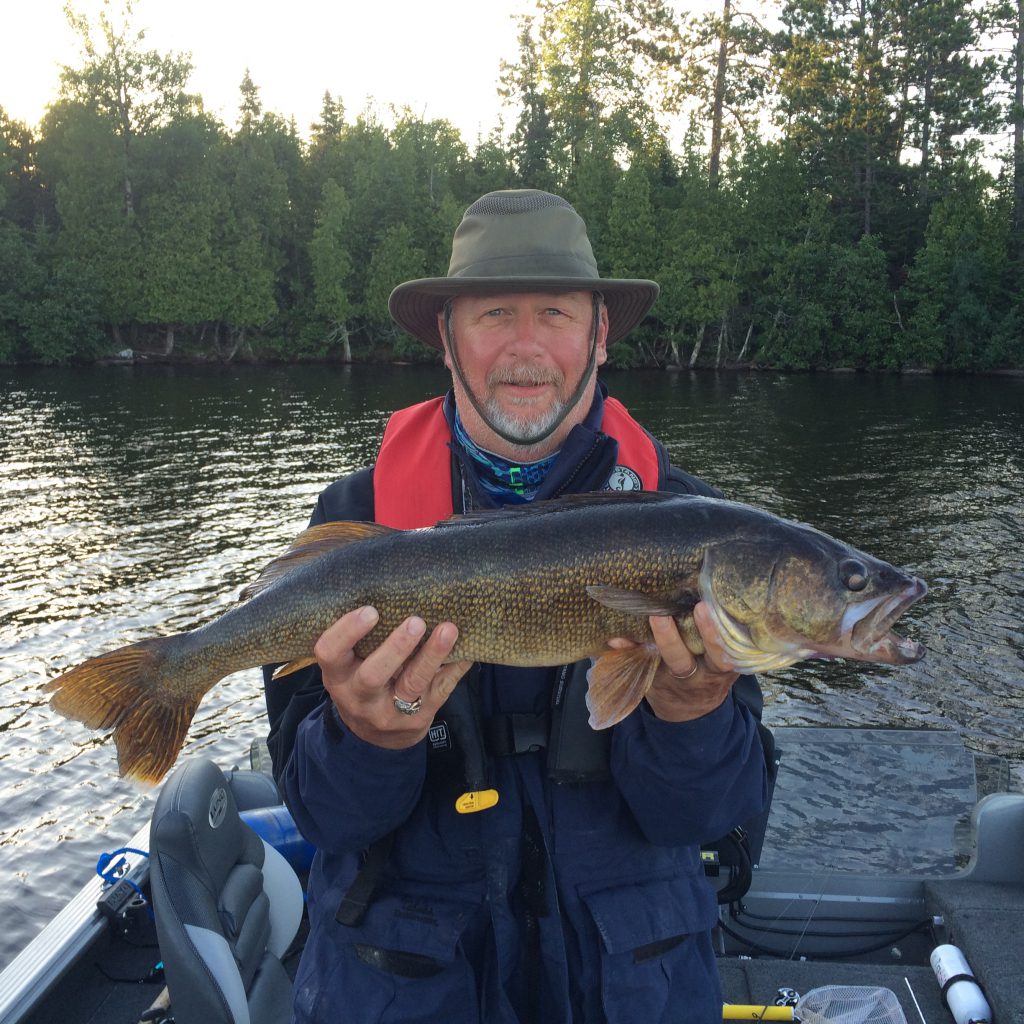 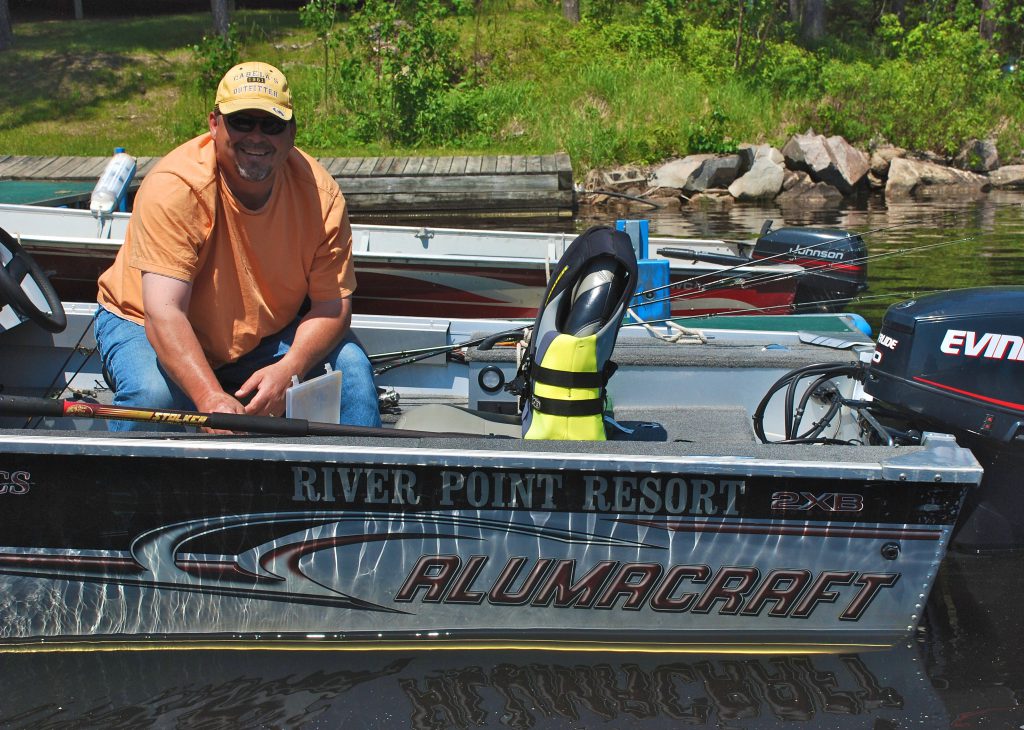 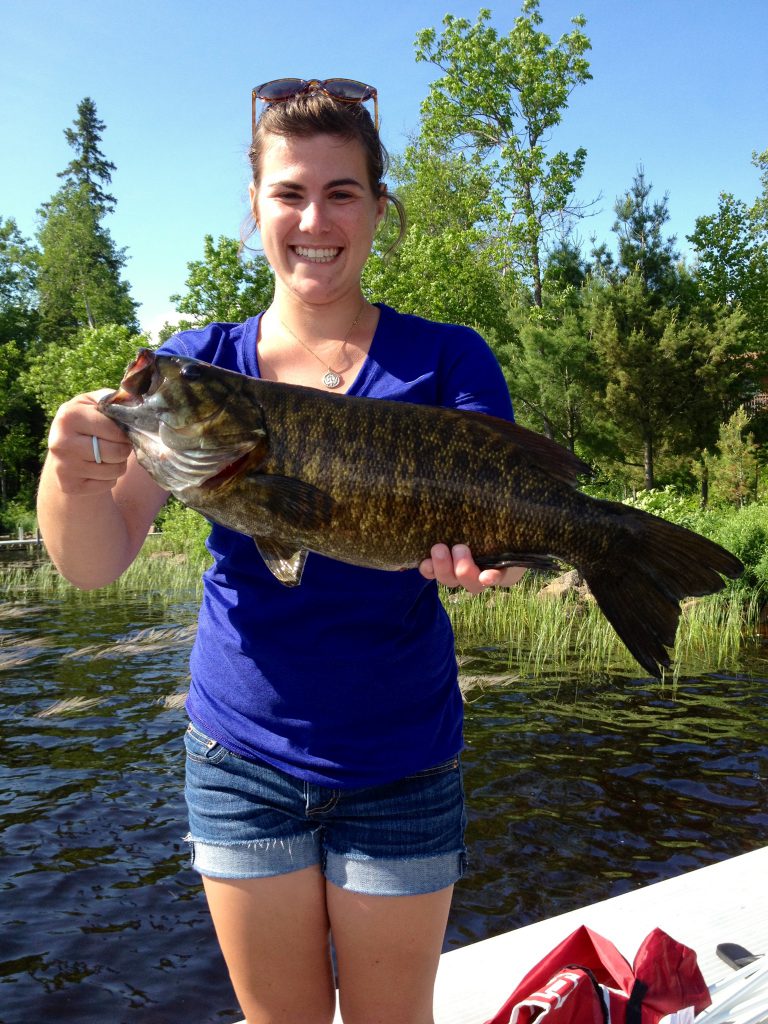 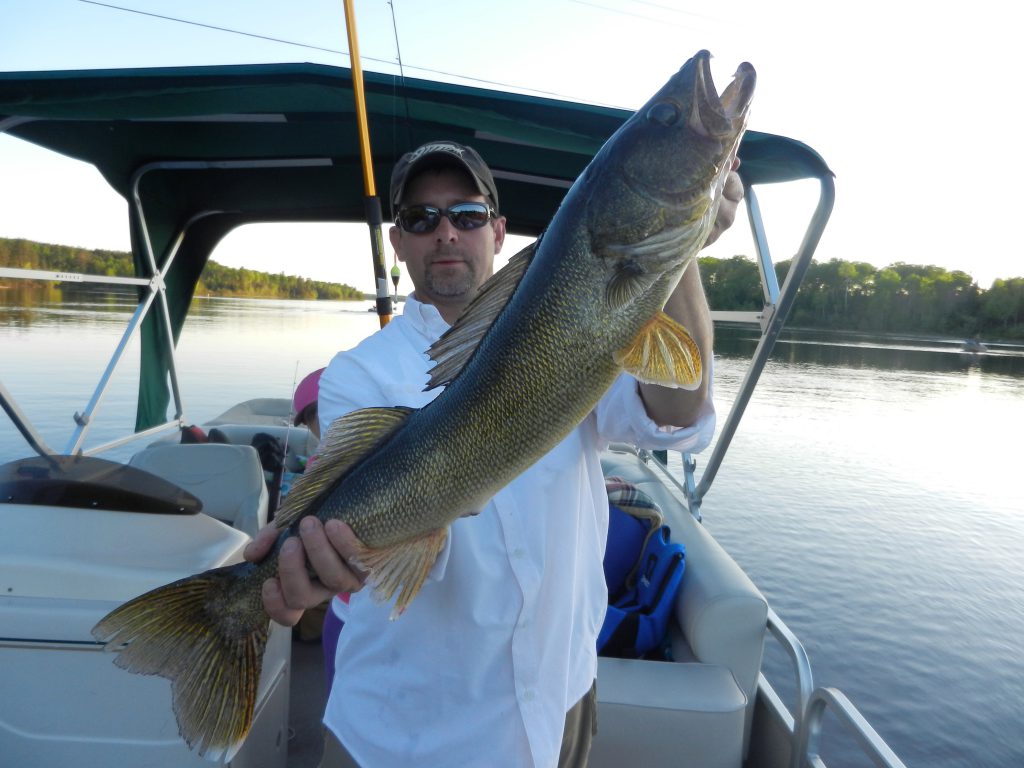 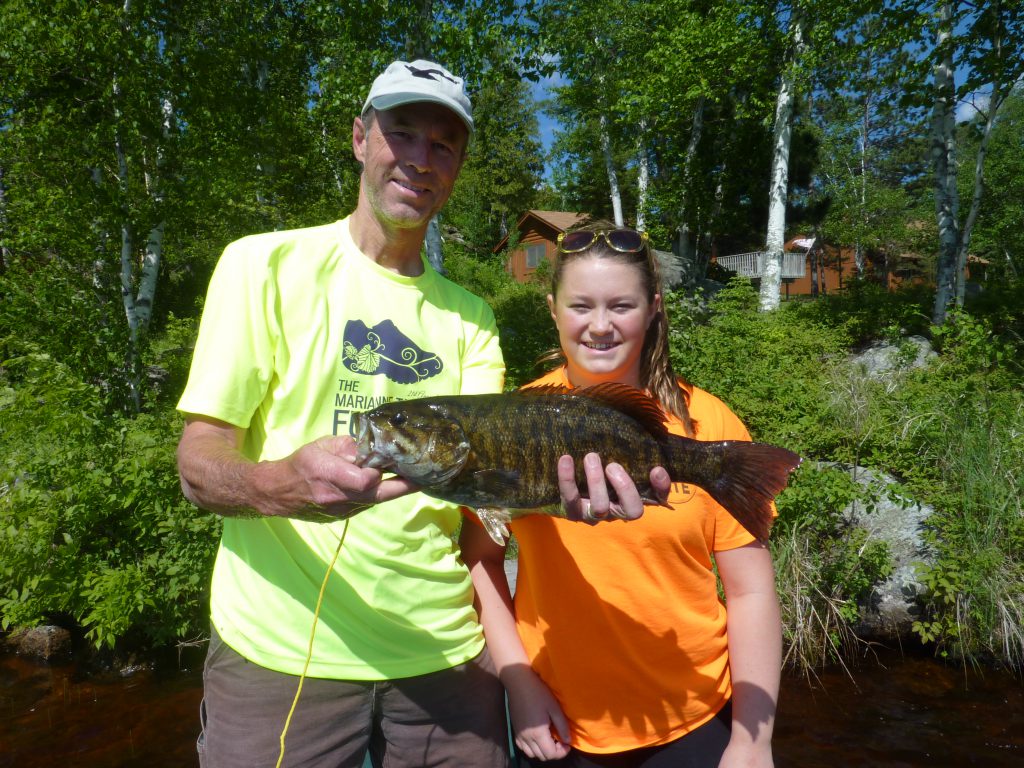 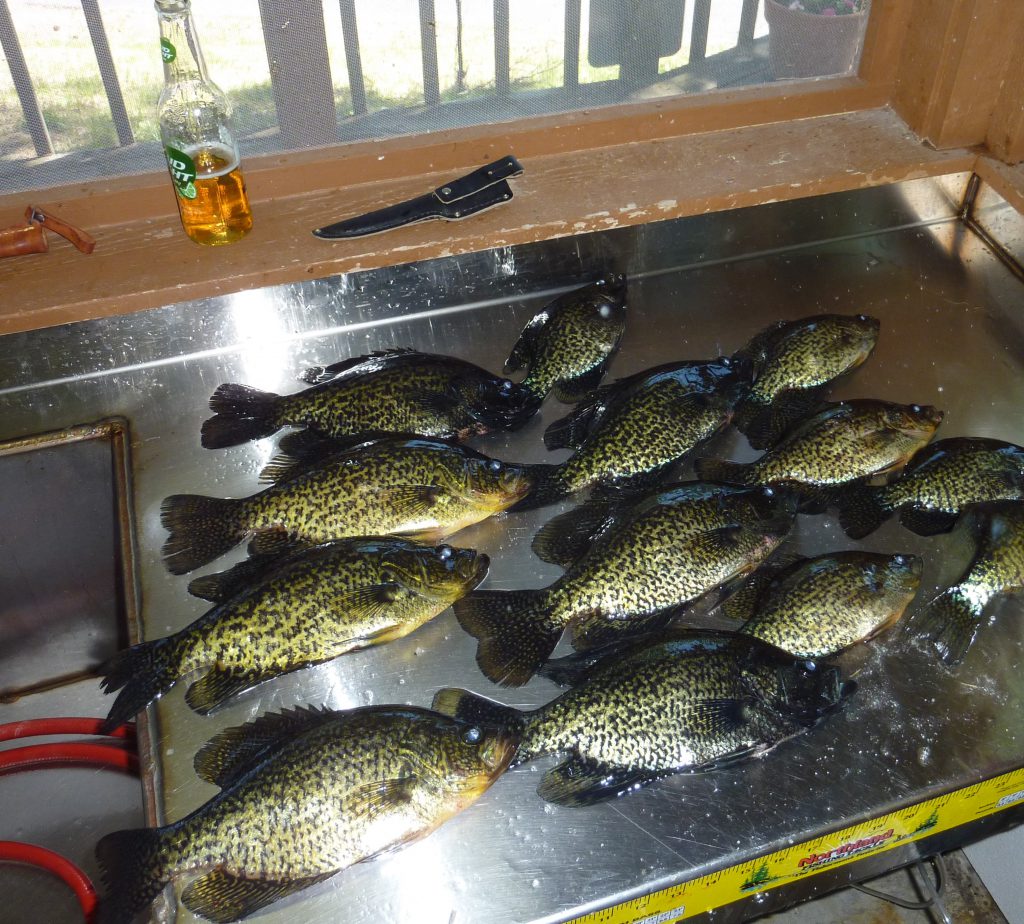 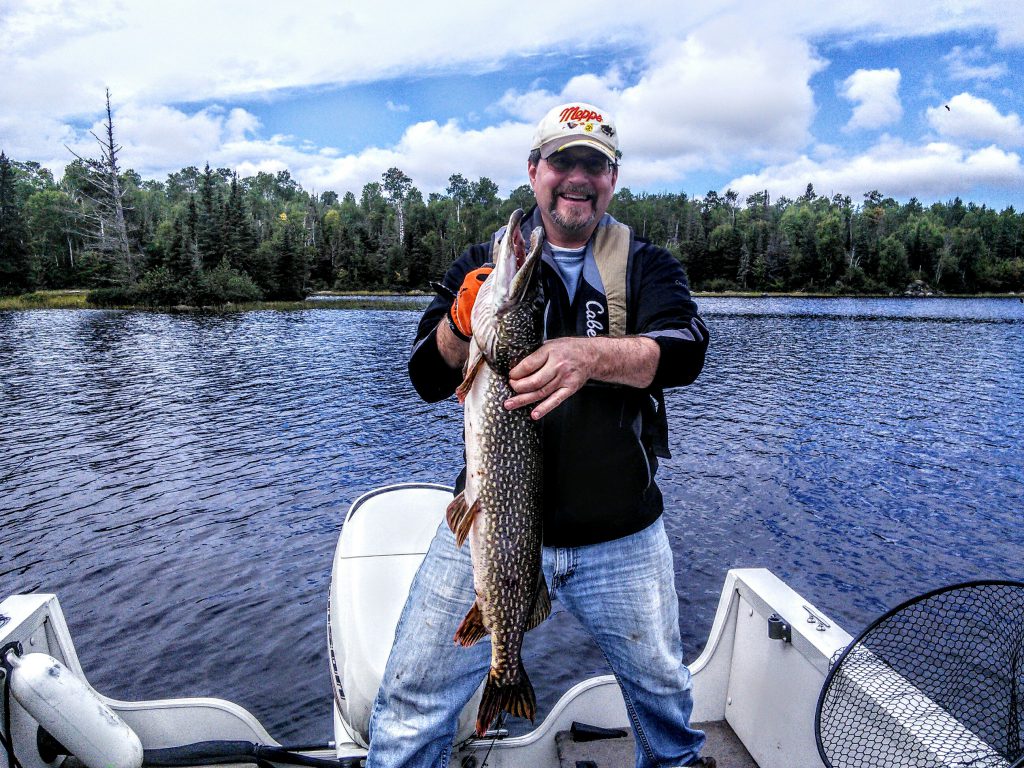 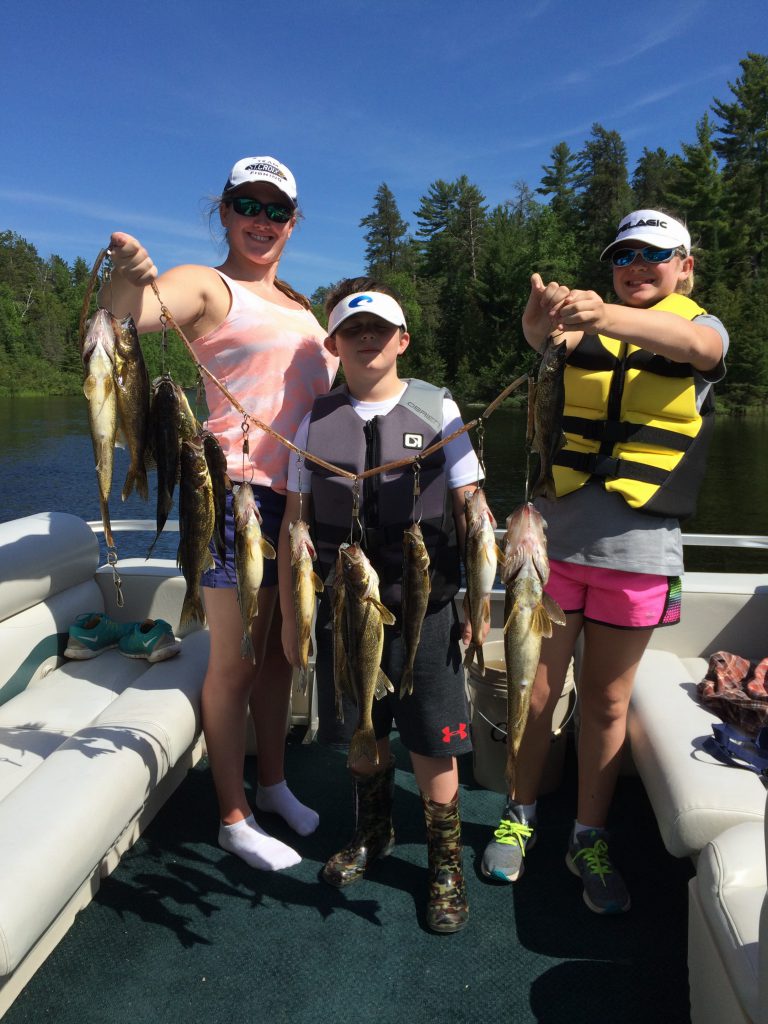 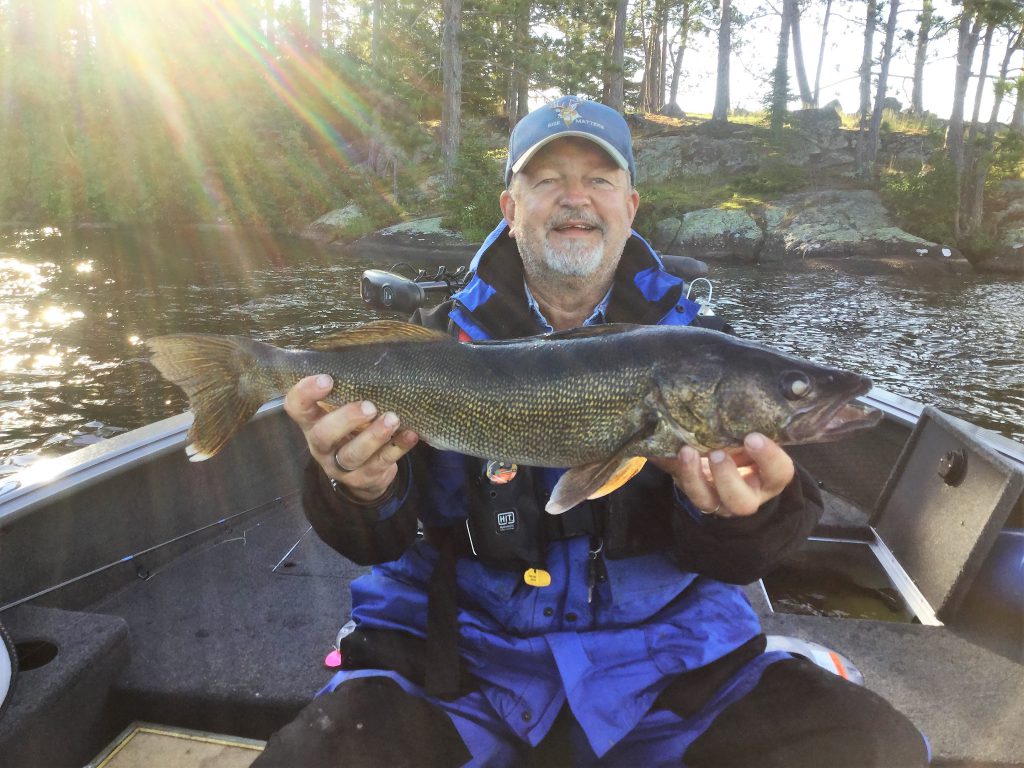